A Texas high schooler was brought to tears Sunday night when recording artist, Curtis Braly, surprised her on set of his music video shoot with her own private graduation ceremony.

Gabrielle Potapenko had no idea that Curtis had a surprise in store for her and her mother. A month prior to this, Gabrielle realized that the first day of the music video shoot for Curtis’ forthcoming single would fall on the same day as her high school graduation. “I encouraged Gabby to skip the music video and attend her graduation because I knew how important that was for her & her parents and it’s something she has worked so hard to accomplish”, said Braly. “I felt as if she’d regret not attending her ceremony but she just wouldn’t take no for an answer and insisted that she keep her commitment to dance in this video.”

So, as the cast & crew wrapped the first day of shooting; the evening that she could have been at her graduation ceremony, Braly asked her to put her cap & gown on so they could take a group photo with her. A few minutes later when she exited the Dressing Room, Curtis had coordinated for the production team to begin playing “Land of Hope and Glory” through their sound system, known as a popular graduation walk song. She was greeted front & center by echoing applause on the closed off streets of downtown Houston by Curtis Braly & the rest of the cast and crew with a celebratory gift. With tears in her eyes, Gabrielle proudly moved her tassel to the opposite side of her cap signifying her accomplishment. 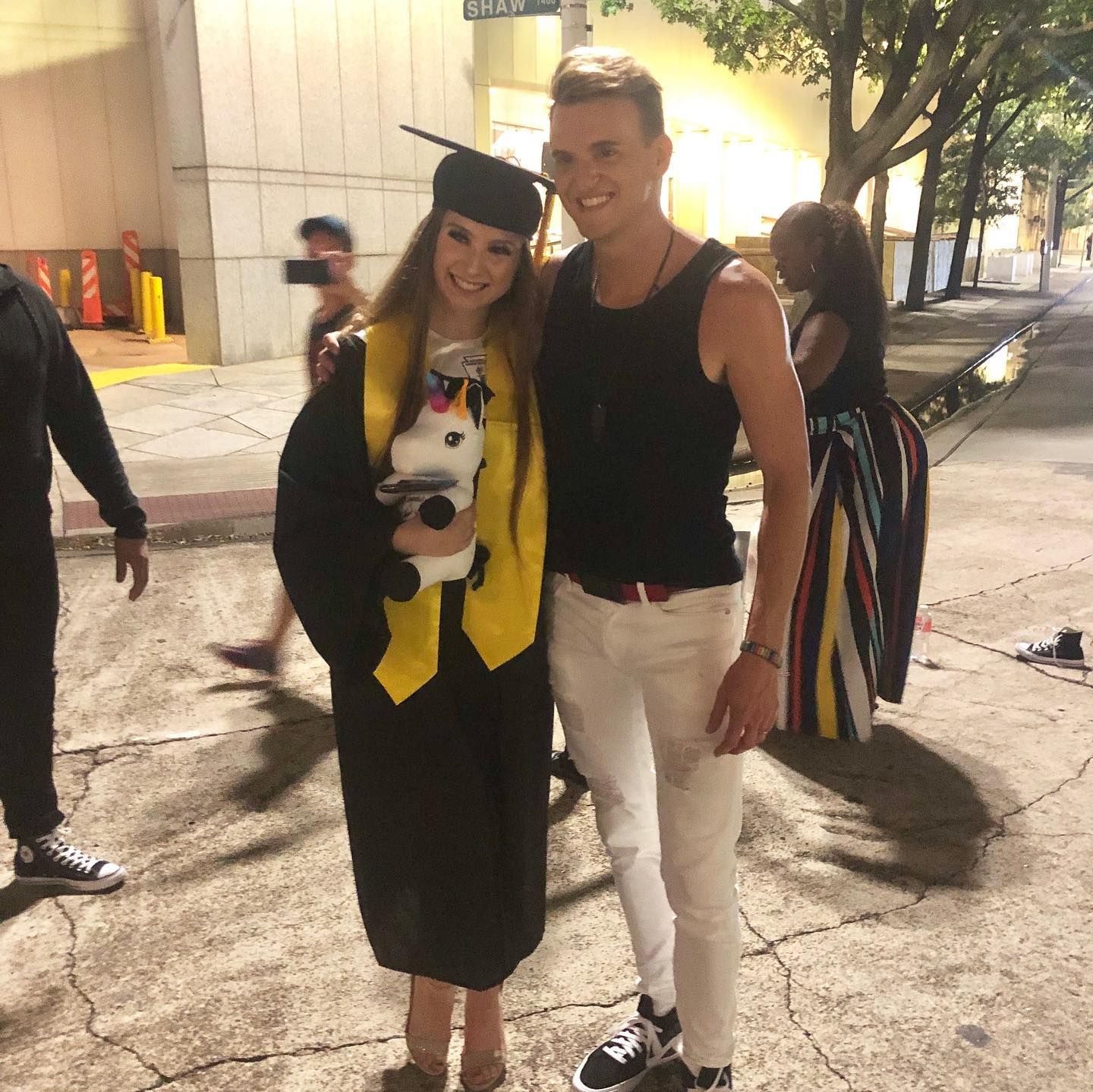